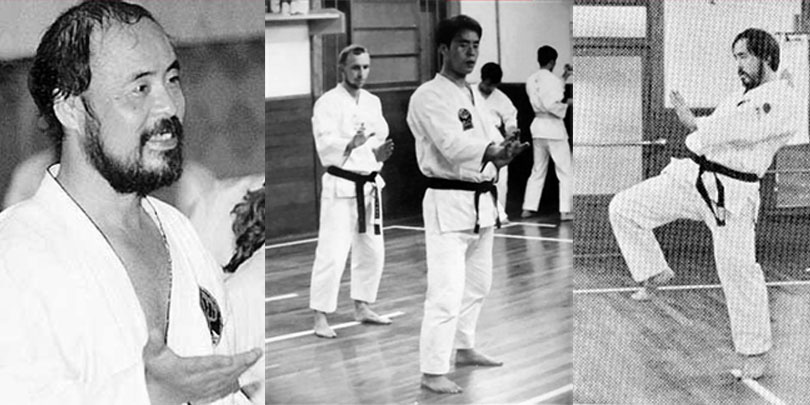 The style of karate that we practice at the Samurai Karate Hout Bay Dojo is called Shukokai Karate.

The history of Shukokai Karate style begins in Japan at the beginning of the 20th century.

Soke Chōjirō Tani was born in 1921,and started his formal karate training under Miyagi Chōjun, who founded the Gojū-ryū style, while a student at the Doshisha University in Kyoto.

After a few months, Miyagi Chōjun returned to Okinawa and the founder of Shitō-ryū, Kenwa Mabuni took over the teaching.

Upon graduating from university, Tani began learning Shuri-te and then Shitō-ryū from Mabuni as well.

After many years of training under Mabuni and becoming one of his most senior students, Tani received the certificate of succession from him and became the head of Shitō-ryū, enabling him to use the name Tani-ha Shitoryu.

Soke Chōjirō Tani began teaching the Karate style Shukokai (meaning the way for all) at a dojo in Kobe, Japan in 1946.

Shukokai was designed around the study of body mechanics, is very fast due to its relatively high stance aiding mobility, and is known for the double hip twist, which maximises the force of its strikes; making it one of the most hard-hitting Karate styles.

Tani’s most senior student, Sensei Shigeru Kimura, left Japan in 1965 to teach Shukokai in Africa. He developed Shukokai even further, emphasising its power and strength; and was regarded as an expert on the style.

He continued to teach after travelling to Europe, before settling in the United States in 1970 at the age of 29, where he taught at Yonezuka’s Cranford dojo for two years; creating the first Shukokai World Tournament in 1981.