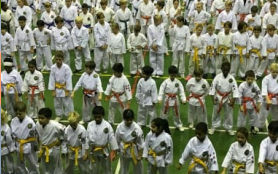 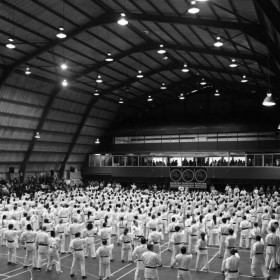 The KSI Mass Grading is an annual event on the KSI calendar.  It is a great oppurtunity for the whole Western Cape KSI organisation to come together and share their passion for karate.  Students and their families are invited to spend the morning together to see how far they have come on their karate journey.
The Mass Grading was held at the Wynberg Military Base on the 25 August.  This year the celebration was a special one.  In July 2018 a South African team was sent to Stockholm, Sweden to compete in the KSI World tourament.  The SA team brought back more medals than any other of the 23 countries that competed in the world tourament.  They won 13 Gold, 7 Silver, and 20 Bronze medals.  Making the SA team the overall world champions for the fourth time in a succession.  One of those gold medals was won by our Sensei John Shaw for Heavyweight Veterans Mens Kumite.
The students of the Samurai Karate Hout Bay dojo were very well prepared for their grading.  With the age of our members ranging from 5 years old to 50 years old, fun was had by the whole Hout Bay dojo.  It is not often that the whole dojo is on the tatami together showing off our skills.  Our members did the Hout Bay dojo proud.  Here is to another successful year of training and fellowship at the Samurai Karate Hout Bay dojo. 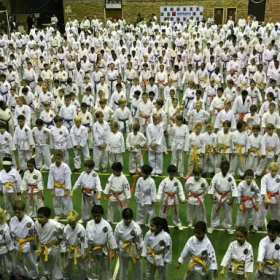 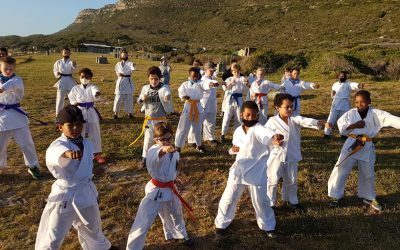 Hout Bay Dojo has always enjoyed combining our gashukus with the Lakeside Dojo – and this year was so much fun! 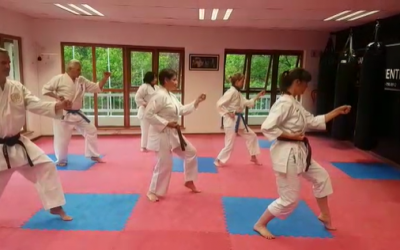 If you’re about to step into your first class, don’t worry; we’ve all been there, and we understand the nerves and uncertainty that come with it…

New Black on the Block

The Hout Bay dojo is proud to announce a new black belt in the ranks - congratulations Craig Calverley! After two...